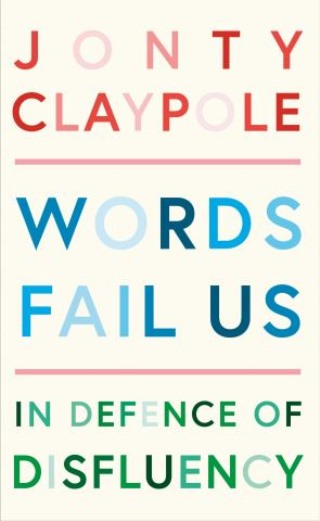 In Defence of Disfluency

'ONE OF THOSE RARE BOOKS I HADN'T REASLISED I'D BEEN WAITING FOR UNTIL I READ IT.' Owen Sheers

In an age of polished TED talks and overconfident political oratory, success seems to depend upon charismatic public speaking. But what if hyper-fluency is not only unachievable but undesirable?

Jonty Claypole spent fifteen years of his life in and out of extreme speech therapy. From sessions with child psychologists to lengthy stuttering boot camps and exposure therapies, he tried everything until finally being told the words he'd always feared: 'We can't cure your stutter.' Those words started him on a journey towards not only making peace with his stammer but learning to use it to his advantage.

Here, Jonty argues that our obsession with fluency could be hindering, rather than helping, our creativity, authenticity and persuasiveness. Exploring other speech conditions, such as aphasia and Tourette's, and telling the stories of the 'creatively disfluent' - from Lewis Carroll to Kendrick Lamar - Jonty explains why it's time for us to stop making sense, get tongue tied and embrace the life-changing power of inarticulacy.

Jonty Claypole: Jonty Claypole is Director of BBC Arts, Chairman of the arts centre HOME in Manchester, and was listed in the Bookseller's Top 100 Most Influential People. Although born in Australia, he grew up in London and now lives in Bethnal Green with his family. His most recent project at the BBC was the landmark series Civilisations featuring Mary Beard, David Olusoga and Simon Schama.