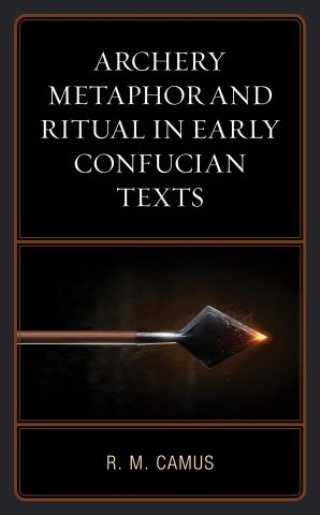 Archery Metaphor and Ritual in Early Confucian Texts explores the significance of archery as ritual practice and image source in classical Confucian texts. Archery was one of the six traditional arts of China, the foremost military skill, a tool for education, and above all, an important custom of the rulers and aristocrats of the early dynasties. Rina Marie Camus analyzes passages inspired by archery in the texts of the Analects, Mencius, and Xunzi in relation to the shifting social and historical conditions of the late Zhou dynasty, the troubled times of early followers of the ruist master Confucius. Camus posits that archery imagery is recurrent and touches on fundamental themes of literature; ritual archers in the Analects, sharp shooters in Mencius, and the fashioning of exquisite bows and arrows in Xunzi represent the gentleman, pursuit of ren, and self-cultivation. Furthermore, Camus argues that not only is archery an important Confucian metaphor, it also proves the cognitive value of literary metaphors—more than linguistic ornamentation, metaphoric utterances have features and resonances that disclose their speakers’ saliencies of thought.