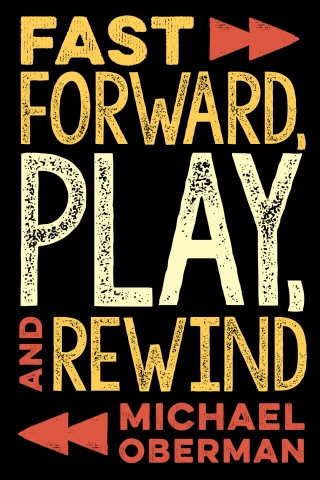 The Doors, James Brown, the Grateful Dead, the Sir Douglas Quintet, David Bowie—the list goes on. . . . From 1967 to 1973, Michael Oberman interviewed more than three hundred top musical artists. Collected together for the first time, Fast Forward, Play and Rewind presents more than one hundred interviews Oberman conducted with the most important musical artists of the day

Along the way, Oberman touches on the influence of his brother, who interviewed the Beatles and other top artists from 1964 to 1967. He also recounts stories from his later career working for the major Warner-Elektra Atlantic recording company and producing concerts for Cellar Door Productions and managing recording artists.

Want to know the true story of how David Bowie became Ziggy Stardust? That and dozens more true tales that might seem like fiction are waiting inside the pages of Fast Forward, Play and Rewind. Each short interview is an invitation for readers to relive (or live for the first time) one of the greatest periods in rock 'n' roll history.

Michael Oberman became a weekly music columnist at age nineteen and wrote an interview column for six years (a total of more than three hundred interviews) before leaving for a career in the music business. At age fifty, he embarked on a new journey as a photographer. His photos are on permanent display in museums in the United States and Canada and have graced album covers, websites, galleries, and more. He currently lives in Columbia, Maryland.