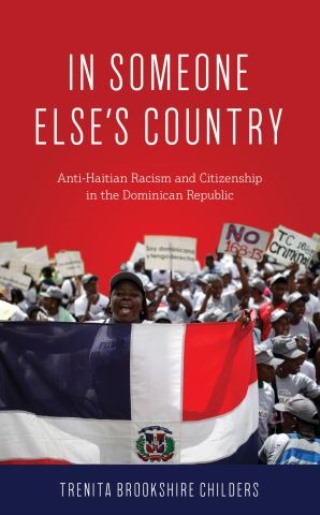 In Someone Else's Country

Anti-Haitian Racism and Citizenship in the Dominican Republic

In this groundbreaking work, Trenita Childers explores the enduring system of racial profiling in the Dominican Republic, where Dominicans of Haitian descent are denied full citizenship in the only country they have ever known. As birthright citizens, they now wonder why they are treated like they are “in someone else’s country.”

Childers describes how nations like the Dominican Republic create “stateless” second-class citizens through targeted documentation policies. She also carefully discusses the critical gaps between policy and practice while excavating the complex connections between racism and labor systems. Her vivid ethnography profiles dozens of Haitian immigrants and Dominicans of Haitian descent and connects their compelling individual experiences with broader global and contemporary discussions about race, immigration, citizenship, and statelessness while highlighting examples of collective resistance.

Trenita Brookshire Childers, a 2014–2015 Fulbright Scholar, is a health researcher at the American Institutes for Research. Previously, Dr. Childers was a Peace Corps volunteer in the Dominican Republic. She received her PhD in sociology from Duke University.