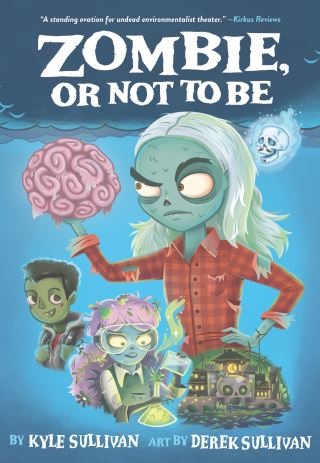 Zombie, Or Not to Be

Something is rotten in the state of Deadmark, but of course there is: it's filled with zombies. This brainy and hilarious middle-grade adaptation of Shakespeare's Hamlet follows a young science-minded zombie named Edda as she deals with a myriad of death-altering problems including a climate crisis caused by the anti-science humans in Ignorway, the disappearance of her mom, and the greedy scheming of her villainous Aunt Agonista.

Kyle Sullivan: Kyle Sullivan is a writer based in Portland, Oregon. His titles for children include Hobgoblin and the Seven Stinkers of Rancidia, The Cyclops Witch and the Heebie-Jeebies, Monster ABC, Hush Now, Banshee! and Goodnight Krampus.