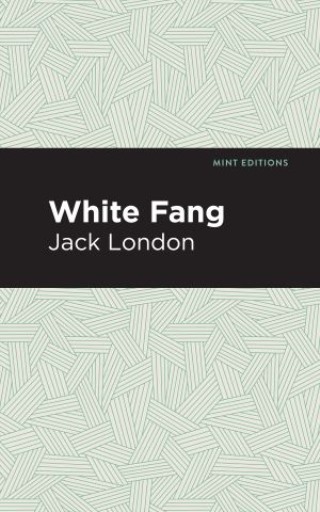 “One of London’s most interesting and ambitious works”-Robert Greenwood

White Fang is an allegorical adventure story about a part wolf, part dog who is born in the violent, harsh environment of the Canadian Yukon territory. The novel begins with two men attempting to bring a corpse back to civilization as they are followed by a pack of starving wolves. The novel, in its second act, switches to the perspective of the wolves. As a pup, White Fang endures battles of survival with his mother, One-Eye, against other wolves and a lynx. When One-Eye is in the close vicinity to a Native Indian village, she is recognized as an animal who had been part of the encampment at one point. Grey Beaver, a young hunter, adopts White Fang. The other dogs and pups resent the new addition to the village, and torment White Fang, who in turn becomes contentious. He is sold to a dog fighter, and into a brutal life of violence. He is eventually rescued and brought to California, to start a very different life in the care of a loving master and his family.

Although White Fang has become a very popular classic among readers, as an allegorical novel it is of great interest to sophisticated readers. The book has been adapted into many film versions, TV series, and animations.

With an eye-catching new cover, and professionally typeset manuscript, this edition of White Fang is both modern and readable.

Jack London (1876-1916) was an American Author and journalist from San Francisco best known for his novel The Call of the Wild. His personal experiences, including exploits as a sailor, a vagrant, and as a war reporter deeply informed his writing. Much of his work is written in a Naturalistic style and explores themes of man’s instincts and the inescapable forces of nature. London was one of the first American authors to become financially successful through his writing, penning more than 50 books in his lifetime.