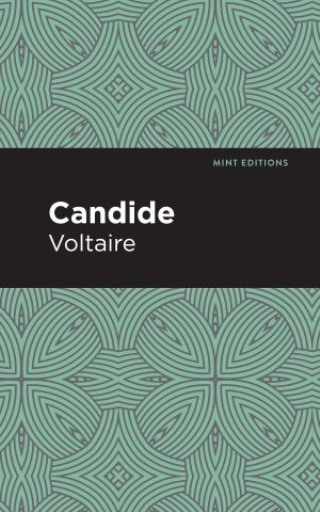 Young Candide is ejected from his idyllic life in a protected castle and finds himself encountering wild adventures and harsh trials that put to the test his teacher’s claim that we live in the best of all possible worlds.

Honest and simple to a fault, Candide finds that a bit of romance leads only to exile and sudden immersion in a larger and more frightening world. Armed with the optimistic teachings of his mentor Pangloss, he is soon astounded to be arrested, beaten and forced into military service. The author doesn’t spare his hero, hurling him into a shipwreck, an earthquake, a tidal wave and a city-wide wildfire in short order. Pursuing his true love and reunited with Pangloss, who interprets each new setback, no matter how horrific, as another sign that everything happens for the best, Candide refuses to abandon hope but begins to question his teacher’s bottomless optimism. An outrageous picaresque quest full of barbed observations about human behavior and belief, politics and institutions, Candide was condemned for the fiercely irreverent stance it delicately conceals beneath its hero’s guileless nature and chain of extravagant adventures. Triumphing over censorship, the book has had profound influence on philosophy and politics since its first appearance in 1759, but remains a classic that can be read for pure pleasure.

With an eye-catching new cover, and professionally typeset manuscript, this edition of Candide is both modern and readable.

Voltaire was the pen name of François-Marie Arouet (1694–1778)a French philosopher and an author who was as prolific as he was influential. In books, pamphlets and plays, he startled, scandalized and inspired his age with savagely sharp satire that unsparingly attacked the most prominent institutions of his day, including royalty and the Roman Catholic Church. His fiery support of freedom of speech and religion, of the separation of church and state, and his intolerance for abuse of power can be seen as ahead of his time, but earned him repeated imprisonments and exile before they won him fame and adulation.