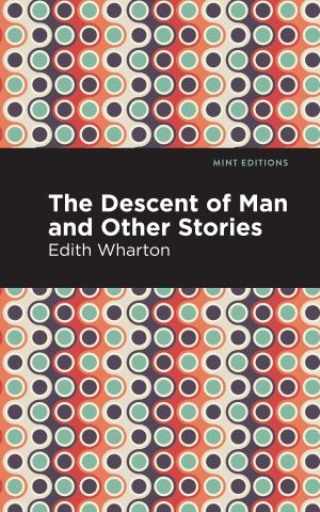 The Descent of Man and Other Stories

"Will writers ever recover that peculiar blend of security and alertness which characterizes Mrs. Wharton and her tradition?” -- E. M. Forster

The Descent of Man and Other Stories offers the author’s well-known depictions of upper class life in New York, but also exhibits her remarkable talent in tales of humorous irony, history and the supernatural.

Originally published in 1904 The Descent of Man and Other Stories features the author’s nuanced prose and sharply observed characters in a chain of unforgettable tales. In several Wharton examines marriage, which was frequently arranged in her era. The author digs deep into her characters to find what can hold a marriage together or slowly pull it apart. The difficulty of establishing and maintaining honest relations in a highly stratified and proper society is a consistent challenge for her characters, especially in the title story in which a man of principle finds himself misunderstood and forced to potentially compromise his beliefs. Wharton also affords glimpses into the trials of being an author, drawing both drama and humor from the profession. There’s a chance to sample the author’s ghostly fiction, which has long been appreciated by aficionados of the macabre. This is a showcase for the author’s range of interests and for her remarkable ability to tell memorable stories that strike to the heart.

With an eye-catching new cover, and professionally typeset manuscript, this edition of The Descent of Man and Other Stories is both modern and readable.

Edith Wharton (1862–1937) was an author, poet, garden and interior designer. Born into New York’s upper class and growing up in the Gilded Age, she was discouraged from writing by her family and began her career as an author by writing in secret. Although she was forbidden to read novels until she was married, Ms. Wharton went on to write several landmarks of American fiction, including The House of Mirth, The Age of Innocence and Ethan Frome. Making her second home in Paris, her humanitarian efforts in France during World War I won her the French Legion of Honor. She was the first woman to win a Pulitzer Prize for Literature.