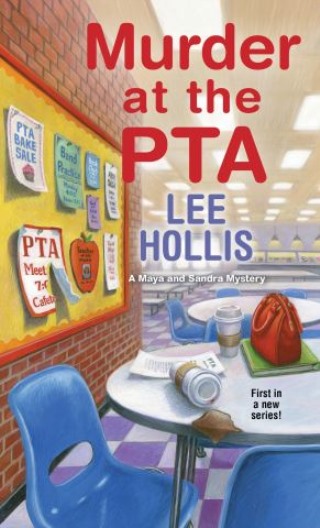 Murder at the PTA

Someone is trying to turn Portland High into a school for scandal with a gossipy website called Dirty Laundry. The latest target of ruinous rumors is newly elected PTA president Sandra Wallage. After a heated meeting with outraged parents, Sandra runs into fellow school mom and private investigator Maya Kendrick, who's discovered the person behind the website. But when the women storm into the venomous gossip columnist’s office they find a lifeless body—along with a confession.

Although the police rule the death a suicide, Maya suspects an injured party hung the Dirty Laundry creator out to dry. Maya already has a PI partner—but she's pregnant, and sonograms and stakeouts tend to conflict. So when Sandra volunteers for a crash course in sleuthing, Maya accepts the help. But as these unlikely partners study the clues, a killer plans to teach them a lesson . . .

Lee Hollis: LEE HOLLIS is the pen name for Rick Copp, a veteran Hollywood screenwriter who has written for numerous television series, including The Golden Girls, Wings, Scooby-Doo, Teen Titans, and Barbershop. He is the co-writer of The Brady Bunch Movie and has written a number of novels under his own name. He also produces, writes, and stars in the hit web series Where the Bears Are. With his sister Holly Simason, he co-authors the Hayley Powell Food & Cocktail Mysteries book series using the Lee Hollis name. He lives in Palm Springs, California.