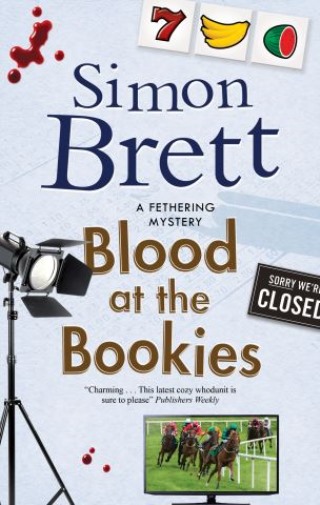 Blood at the Bookies

Welcome to Fethering! The race is on to find a killer when Jude stumbles across a body at the bookies in this quirky, cozy, British village mystery. Jude has never been averse to a bit of a flutter; her friend Carole, on the other hand, thinks that the local betting shop is a den of iniquity. But when Jude stumbles upon the body of fellow customer Tadeusz Jankowski after placing a bet, the odds of finding his killer don't look good. No one seems to know much about Polish immigrant Tadek, and even his sister doesn't know why he moved to Fethering in the first place. As they question the local residents, Carole finds an unexpected friend in an inveterate gambler, and Jude finds herself in potentially more trouble than she can handle with a lecherous and charming drama professor. In this race there can only be one winner, but with no leads and several suspects in the running will the sleuthing friends be pipped at the post by a cold and calculating killer?

Simon Brett: SIMON BRETT worked as a producer in radio and television before taking up writing full-time. He was awarded an OBE in the 2016 New Year's Honours for services to Literature and also was elected a Fellow of the Royal Society of Literature. In 2014 he won the CWA's prestigious Diamond Dagger for an outstanding body of work. simonbrett.com