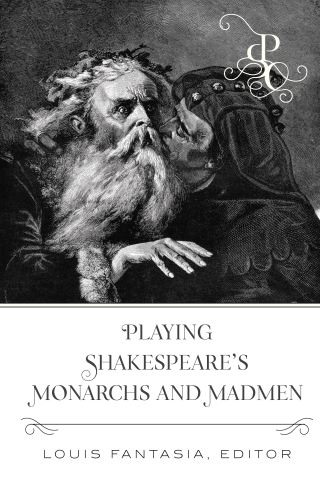 Playing Shakespeare’s Monarchs and Madmen is the third volume in the Peter Lang series, Playing Shakespeare’s Characters. As in the previous volumes, a broad range of contributors (actors, directors, scholars, educators, etc.) analyze the concepts of monarchy, leadership, melancholy and madness with not only references to Elizabethan and Jacobean studies, but also to Trump, Brexit, cross-gender and multi-cultural casting. What does it mean to “play the king” in the 21st century? What is the role of an “all-licensed” Fool in the age of spin? Who gets to represent the power dynamics in Shakespeare’s plays? This volume looks at the Henrys, Richards, Hamlets, Lears and various other dukes and monarchs and explores the ways in which men—and women—approach these portrayals of power and the lessons they hold for us today.