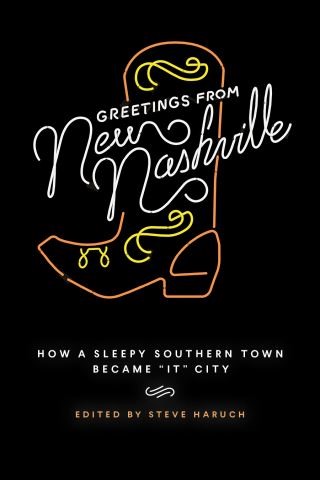 How a Sleepy Southern Town Became "It" City

In that span of two decades, the boundaries of Nashville did not change. But something did. Or rather, many somethings changed, and kept changing, until many who lived in Nashville began to feel they no longer recognized their own city. And some began to feel it wasn't their own city at all anymore as they were pushed to its fringes by rising housing costs. Between 1998 and 2018, the population of Nashville grew by 150,000. On some level, Nashville has always packaged itself for consumption, but something clicked and suddenly everyone wanted a taste. But why Nashville? Why now? What made all this change possible?

Steve Haruch: Steve Haruch is a writer, editor, and filmmaker based in Nashville. His work has appeared in the Nashville Scene, the New York Times, NPR's Code Switch, the Guardian, and elsewhere. He is currently producing a documentary film about the history of college radio.