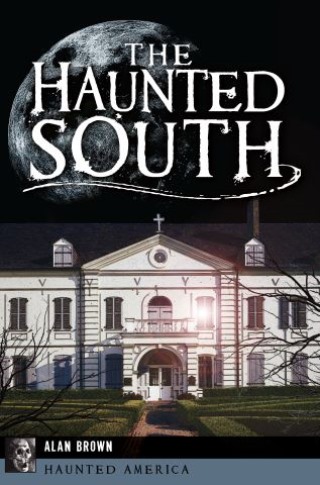 Southerners love the South. And some souls never leave. Savannah, New Orleans and St. Augustine are among the most haunted places in America, and chilling stories abound nearly everywhere below the Mason-Dixon line. At Seaman's Bethel Theater in Mobile, Alabama, actors and staff are frightened by the unnerving sounds of a child's laughter. The ghost of Alfred Victor DuPont, a noted ladies' man, is said to harass female employees in the stairwell at DuPont Mansion in Louisville, Kentucky. The Café Vermilionville is housed in what is reputed to be Lafayette's first inn. A young girl in a yellow dress, thought to be a previous owner's daughter who died from polio around the time of the Civil War, startles patrons from the balcony of the restaurant. Join author Alan Brown as he traverses the supernatural legends of the American South.

Alan Brown: Dr. Alan Brown is a professor of English at the University of West Alabama. Alan has written over a dozen books on ghosts and hauntings. He is an avid history buff and deeply involved in paranormal research and investigation. He is also affiliated with the American Folklore Society, the American Ghost Society and Birmingham Paranormal Society.