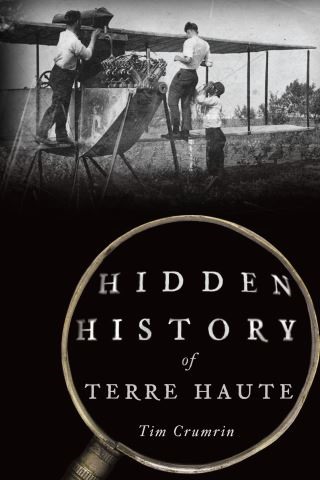 Many know about Terre Haute's long-gone reputation as a "sin city," but that hardly tells the whole story. Unknown to all but a few, the city was home to a POW camp for Confederate prisoners and divers once plucked valuable freshwater pearls from the Wabash River. Druggist Jacob Baur discovered a way to liquefy carbon dioxide, earning him the title "King of Soda Fountains." Before the advent of Hollywood, motion pictures were made here. And one of the biggest child stars of the 1930s and '40s was a local boy named Billy Lee. He joined another child star from the area, Carl "Alfalfa" Switzer of Our Gang fame. Historian Tim Crumrin reveals the overlooked events and people in Terre Haute's past.

Tim Crumrin: Tim Crumrin is a historian and author who has published more than fifty scholarly and general interest history books and articles. A graduate of Indiana State University, he taught at St. Mary-of-the-Woods College and served twenty-five years as a historian and director at Conner Prairie Museum in Fishers, Indiana. His work has received awards from the American Association for State and Local History and a national Telly Award for writing and directing the PBS documentary Harvesting the Past. In 2014, he was honored with the prestigious Lifetime Achievement in History Award, presented by the Indiana Historical Society. His previous book, Wicked Terre Haute, was published by The History Press in 2019. He lives in Terre Haute with his wife, Robin; daughter, Brynn; and four canine muses named Hildy, Hank, Huwie and Beau.