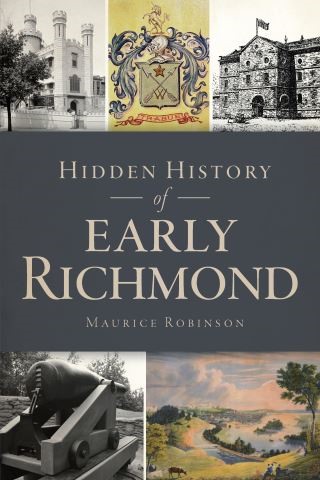 Richmond's Civil War history is familiar to every local and visitor, but fewer know the stories of the city's early days. Did you know that some of the area's earliest settlers were Huguenots fleeing religious persecution in France? Major John Clarke designed many of Richmond's first public buildings, but did you know that he was one of the masterminds behind the area's early industry as well? Tredegar Iron Works was the arsenal of the Confederacy, but Richmond-area foundries at Westham and Bellona supplied weapons to the armies of the Revolution as well. Richmond's first penitentiary was designed by Benjamin Latrobe before his term as architect of the Capitol. Local author Maurice Robinson narrates the tales of early Richmond's seven hills and beyond.

Maurice Robinson: Maurice Robinson is a native of Virginia and worked for the RF&P Railroad in Virginia for twenty-one years. He holds a bachelor's degree from Virginia Commonwealth University. He has resided for the last thirteen years in historic Midlothian, Virginia.