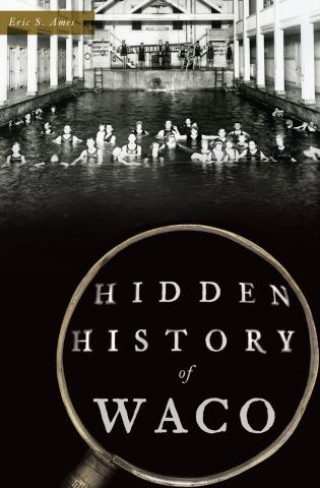 Since its establishment in 1849, Waco has grown from a frontier town on the Brazos River to a thriving city of more than 125,000 residents. And in those 171 years, Waco's citizens have seen triumph, tragedy, humor, heartbreak and infamy. Some of those stories garnered widespread attention or became established local lore, but many more have fallen through the cracks. Catch up on the backstory of notorious figures like W.C. Brann, firebrand publisher of the Iconoclast. Discover how one of the longest novels published in the English language was written by a wealthy recluse in a downtown mansion. From the artesian wells of "Geyser City" to the tombs of Telephus Telemachus Louis Augustus Albartus "Tel" Johnson, author Eric Ames offers a chance for a deeper appreciation of Waco's unique history.

Eric S. Ames: Eric S. Ames is assistant director for marketing and communication for Baylor University's Libraries & ITS and an adjunct professor in Baylor's Department of Museum Studies. In 2019, he was awarded the City of Waco's Historic Landmark Preservation Commission's Excellence in Education Award for his efforts to preserve and promote Waco history. His previous works on Waco history include Images of America: Waco and Images of Modern America: Waco by Arcadia Publishing. You can find him on Twitter (@EricAmes628).