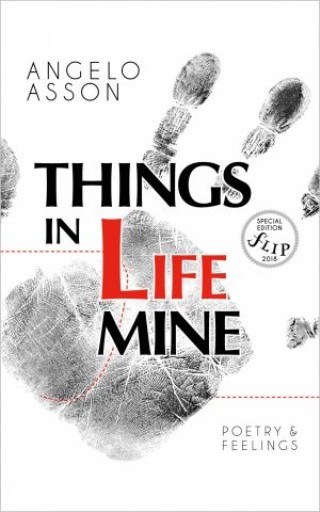 Things in life... mine

In the midst of so much technique, so much study, so much "this is how you do it", there is a characteristic inherent to the human species that is our sensitivity, our ability to perceive the world through the senses. To everything that happens around us, we react with feelings. Losses, conquests, loves, disappointments, failures, fears...
This book talks about feelings, the spice of life, without which, our existence would have no taste. And what is the meaning of life if not… to feel it? To be sure that we are alive as human beings and not as mere cold machines that respond only to logical stimuli? We are much more than that. We have unexpected reactions that split our lives and make our futures a big unknown. This is the beauty of life! The discoveries that time brings us and its inevitable surprises that, with each new experience, make our hearts beat faster!
The book was produced in a handmade manner by the author himself. He participated in all stages, from the layout, making the cover art, printing, finishing and dissemination. A job done with great care that gave a touch of personality to the work. The launch took place in the first edition of the Americana Literary Fair (SP), and was present at FLIP 2018, at Casa da Porta Amarela, an alternative space for authors and independent publishers.

Angelo Asson: Born in São Paulo, Angelo Asson has been a writer and designer for over twenty years, having collaborated with some of the largest publishers in the country. He is the author of the poetry book “Coisas da vida… minha”, which addresses feelings and emotions in a way that touches the reader, making him reflect on himself. The book was launched at the Americana Literary Fair (SP), and was present at FLIP 2018, at Casa da Porta Amarela, a space for independent authors and publishers.
Passionate about Cordel Literature, he created the “Brochetos Paulistas”, a series that brings, not only the traditional cordéis, but also adult and chronic tales, in the same formats as the booklets of Portuguese origin. It is a tribute and also an opportunity to spread the style, adapting the texts to the daily lives of people who live in a megalopolis like the city of São Paulo.
He recently launched the magazine “Divagando em Vagão - Chronicles on Tracks”, which shows, through his daily observations, a little of the daily life of Metrô and its users. Attentive observer, he uses creativity in his texts to make them light and fun.
Its most recent launch is the magazine "13 tips for creative writing", aimed at new writers, with the purpose of helping them to structure a narrative and create their characters, in addition to addressing other issues such as crowdfunding, creation of the author's image and the qualification of his work.