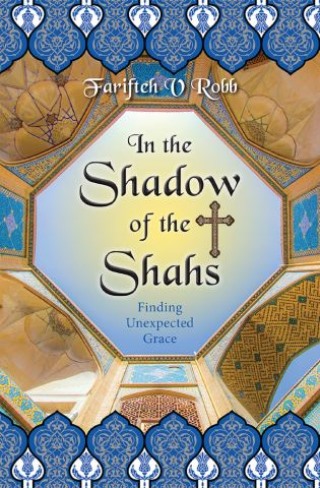 In the Shadow of the Shahs

“This is a beautifully written autobiography of a remarkable life. Farifteh Robb brilliantly tells her journey of faith and love across two cultures. I found it captivating and could not put it down.” John Clark, Chairman of the Friends of the Diocese of Iran

Have you ever wondered what it is like to survive a revolution? To be a religious convert, adopting a different nationality and starting afresh in a new discipline? To fall deeply in love, despite the obstacles to a burgeoning relationship?

All of these things, and more, happened to Farifteh Robb. This is the fascinating and moving story of a woman’s journey between two cultures – her Persian Muslim heritage and her Christian life in Scotland. It describes the challenges she faced in an Iran torn apart by political turmoil, and in her new life in the UK.

Written with passion, candid reflection, and a gentle wit, this is the story of a life lived in faith in a multicultural world.

Farifteh V. Robb: Farifteh Robb (nee Hafezi) BA, MSc, PhD, began her career as an academic in Iran before re-training as a nurse and midwife in the UK. Born in Switzerland and raised as a Muslim in a Persian family, she has lived in Europe and the Middle East. She was baptized in Tehran during the final years of the Shah's reign and survived both the Islamic Revolution and its aftermath. Her subsequent move to Britain and marriage to a Scottish doctor have enabled her to embrace a new life greatly enhanced by her intimate connection with two cultures, two religions, and two very different professions.