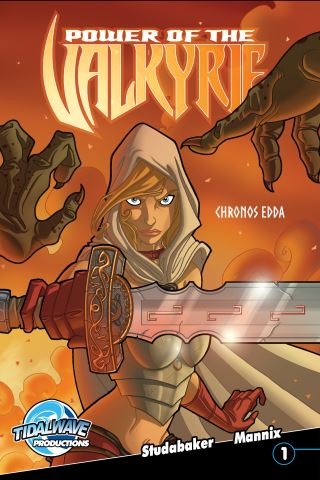 Power of the Valkyrie: Chronos Edda #1

Philosophic action and adventure continues in this new saga starring TidalWave’s Norse hero and written by Day Prize-nominee Chris Studabaker. Suzanne Bancroft is going to die, and the end of the world will be her fault. A relentless demi-god has declared he will murder Suzanne and her death will begin a chain of events culminating in Ragnarok. Worse yet – her murderer can see her fate. While still trying to understand her new role as the Valkyrie, Suzanne must seek the true nature of fate and ask herself a hard question: how do you fight a battle you’re destined to lose?