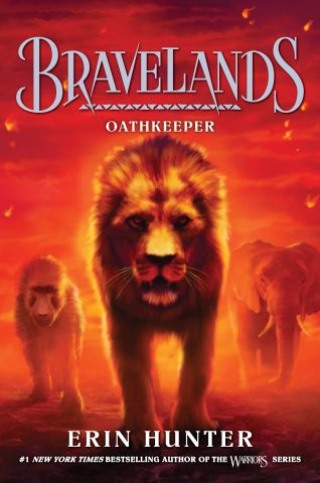 At long last, the Great Herd is united against Titan—now so powerful that even Fearless, who vowed to avenge his father’s death, cannot defeat the rogue lion alone. Thorn may have a plan to bring about Titan’s downfall, but the animals of Bravelands must decide how much they are willing to risk—and who they are willing to lose.

Full of epic adventure and thrilling intrigue, Bravelands will thrill readers who love the Spirit Animals and Wings of Fire series, as well as the legion of dedicated fans who’ve made Erin Hunter a bestselling phenomenon.

Erin Hunter is inspired by a love of cats and a fascination with the ferocity of the natural world. In addition to having great respect for nature in all its forms, Erin enjoys creating rich mythical explanations for animal behavior. She is also the author of the Seekers, Survivors, and Bravelands series.