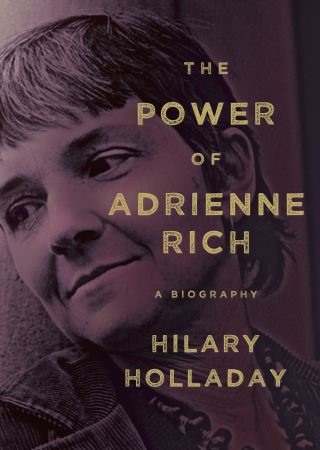 The Power of Adrienne Rich

Adrienne Rich was the female face of American poetry for decades. Her forceful, uncompromising writing has more than stood the test of time, and the life of the woman behind the words is equally impressive. Motivated by personal revelations, Rich transformed herself from a traditional, Radcliffe-educated lyric poet and married mother of three sons into a path-breaking lesbian-feminist author of prose as well as poetry. In doing so, she emerged as both architect and exemplar of the modern feminist movement, breaking ranks to denounce the male-dominated literary establishment and paving the way for the many queer women of letters to take their places in the cultural mainstream. Drawing on a wealth of unpublished materials, including Rich's correspondence and in-depth interviews with numerous people who knew her, Hilary Holladay digs deep into never-before-accessed sources to portray Rich in full dimension and vivid, human detail.

Hilary Holladay: HILARY HOLLADAY is a biographer, novelist, poet, and scholar of modern and contemporary American literature. She is the author of five books and coeditor of two others. Her most recent novel, Tipton, was nominated for the 2015 Virginia Literary Prize in fiction. Her biography American Hipster was a 2014 finalist for the Lambda Literary Award. Former director of the Jack and Stella Kerouac Center for American Studies and professor of English at the University of Massachusetts in Lowell, Holladay is coeditor of a volume of critical essays on Kerouac's On the Road. She lives in Orange County, Virginia.