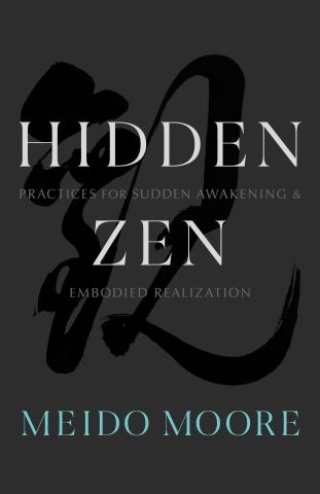 Though Zen is best known for the practices of koan introspection and "just sitting" or shikantaza, there are in fact many other practices transmitted in Zen lineages. In modern practice settings, students will find that Bodhidharma's words "direct pointing at the human mind" are little mentioned, or else taken to be simply a general descriptor of Zen rather than a crucial activity within Zen practice. Reversing this trend toward homogeneous and superficial understandings of Zen technique, Hidden Zen presents a diverse collection of practice instructions that are transmitted orally from teacher to student, unlocking a comprehensive path of awakening.

This book reveals and details, for the first time, a treasury of "direct pointing" and internal energy cultivation practices preserved in the Rinzai Zen tradition. The twenty-eight practices of direct pointing offered here illuminate one's innate clarity and, ultimately, the nature of mind itself. Over a dozen practices of internal energetic cultivation galvanize dramatic effects on the depth of one's meditative attainment. Hidden Zen affords a small taste of the richness of authentic Zen, helping readers grow beyond the bounds of introspection and sitting to find awakening itself.

Meido Moore: MEIDO MOORE began his Zen training in 1988. Practicing in a lineage that preserves an approach called Zen-ken-sho, or unified training in Zen, physical culture, and the arts, he became a master martial arts teacher and was given Dharma transmission in 2008. In addition to serving as abbot of Korinji monastery outside of Madison, Wisconsin, Meido is guiding teacher of the international Korinji Rinzai Zen Community organization. He teaches and leads retreats throughout the United States and Europe.