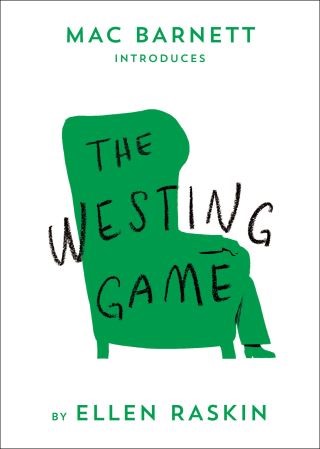 For over thirty-five years, Ellen Raskin's Newbery Medal-winning The Westing Game has been an enduring favorite.

This highly inventive mystery involves sixteen people who are invited to the reading of Samuel W. Westing's will. They could become millionaires-it all depends on how they play the tricky and dangerous Westing game, a game involving blizzards, burglaries, and bombings! Ellen Raskin has created a remarkable cast of characters in a puzzle-knotted, word-twisting plot filled with humor, intrigue, and suspense.

"Great fun for those who enjoy illusion, word play, or sleight of hand." —The New York Times Book Review

Ellen Raskin: Ellen Raskin was born in Milwaukee, Wisconsin, and grew up during the Great Depression. She was the author of several novels, including the Newbery Medal-winning The Westing Game, the Newbery Honor-winning Figgs & Phantoms, The Tattooed Potato and other clues, and The Mysterious Disappearance of Leon (I Mean Noel). She also wrote and illustrated many picture books and was an accomplished graphic artist. She designed dust jackets for dozens of books, including the first edition of Madeleine L’Engle’s classic A Wrinkle in Time. Ms. Raskin died at the age of fifty-six on August 8, 1984, in New York City.