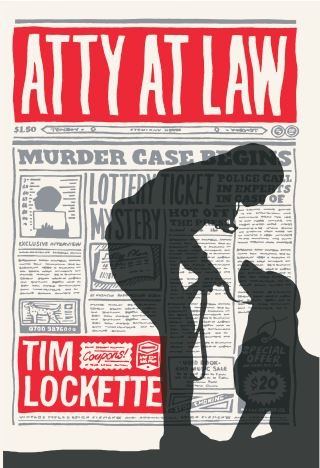 Introducing Atticus Peale! A debut middle-grade novel featuring a savvy sleuthing heroine sends a powerful message about standing up for others.

Atticus Peale is desperately trying to save the life of a dog in the animal shelter where she volunteers. And an alligator in the swamp who only allegedly tried to eat a fisherman. Her father named her after his favorite character, a lawyer in a famous book, but everyone calls her Atty, and no one, except her dad, stepmom, and stepbrother, thinks she's old enough to make a legal case for those who, as Atty points out, can't speak up for themselves. She's learning some law basics from her dad, who is defending an illiterate man in town on a murder charge. But when strange occurrences begin to threaten Atty's efforts, she isn't sure which is more difficult: coming to the defense of the voiceless, countering the sideways looks she and her biracial family get in their Alabama town, or navigating the social scene of middle school. But one thing she is sure of: Jethro Gersham did not kill anyone, and she is determined to find out who did.

Full of grit, curiosity, and also all the awkwardness and anxiety that comes with turning twelve, readers will cheer for Atty's success .... and survival!

Tim Lockette: TIM LOCKETTE is a newspaper reporter from Alabama. He lives in Jacksonville, Alabama, with his wife and son. This book is dedicated to their dog, Dottie.