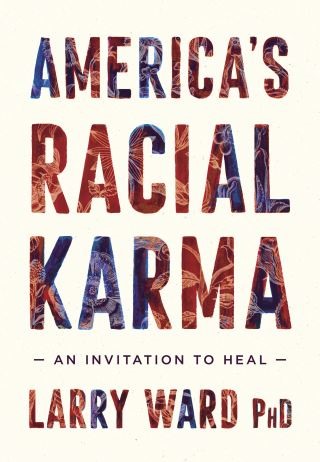 An Invitation to Heal

Immediate, illuminating, and hopeful: this is the key set of talks given by leading Zen Buddhist teacher Larry Ward, PhD, on breaking America's cycle of racial trauma.

"I am a drop in the ocean, but I'm also the ocean. I'm a drop in America, but I'm also America. Every pain, every confusion, every good and every bad and ugly of America is in me. And as I transform myself and heal and take care of myself, I'm very conscious that I'm healing and transforming and taking care of America. I say this for American cynics, but this is also true globally. It's for real." So says Zen Buddhist teacher Dr. Larry Ward.

Shot at by the police as an 11-year-old child for playing baseball in the wrong spot, as an adult, Larry Ward experienced the trauma of having his home firebombed by racists. At Plum Village Monastery in France, the home in exile of his teacher, Vietnamese peace activist and Zen teacher Thich Nhat Hanh, Dr. Ward found a way to heal. In these short reflective essays, he offers his insights on the effects of racial constructs and answers the question: how do we free ourselves from our repeated cycles of anger, denial, bitterness, pain, fear, violence? Larry Ward looks at the causes and conditions that have led us to our current state and finds, hidden in the crisis, a profound opportunity to reinvent what it means to be a human being. This is an invitation to transform America's racial karma.

Larry Ward: The assassination of Dr. Martin Luther King Jr. was the catalyst that sparked the young Larry Ward's journey into a life of planetary peacemaking. Dr. Ward's introduction to Buddhist practice began in Calcutta in 1977, but it was when he met Zen Master Thich Nhat Hanh in 1991 that the practice became truly central to his life. He is ordained as a Dharma teacher in Thich Nhat Hanh's Plum Village tradition and has accompanied Thich Nhat Hanh on peace-building missions internationally, as well as throughout the United States. Dr. Ward brings 25 years of experience in organizational change and local community renewal in 20 countries to his work as director of the Lotus Institute and as an advisor to the Executive Mind Leadership Institute at the Drucker School of Management, in Claremont, California. Dr. Ward holds a PhD in Religious Studies with an emphasis on Buddhism and research on the neuroscience of meditation.