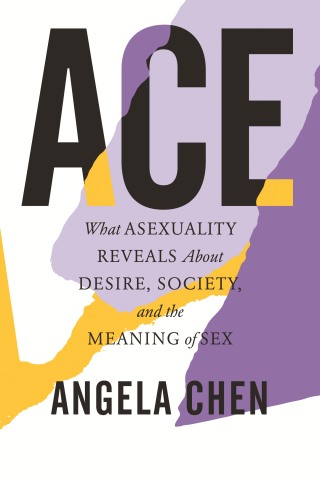 What Asexuality Reveals About Desire, Society, and the Meaning of Sex

An engaging exploration of what it means to be asexual in a world that's obsessed with sexual attraction, and what the ace perspective can teach all of us about desire and identity.

What exactly is sexual attraction and what is it like to go through life not experiencing it? What does asexuality reveal about gender roles, about romance and consent, and the pressures of society? This accessible examination of asexuality shows that the issues that aces face--confusion around sexual activity, the intersection of sexuality and identity, navigating different needs in relationships--are the same conflicts that nearly all of us will experience.&#8239;Through a blend of reporting, cultural criticism, and memoir,&#8239;Ace&#8239;addresses the misconceptions around the "A" of LGBTQIA and invites everyone to rethink pleasure and intimacy.&#8239;

Journalist Angela Chen creates her path to understanding her own asexuality with the perspectives of a diverse group of asexual people. Vulnerable and honest, these stories include a woman who had blood tests done because she was convinced that "not wanting sex" was a sign of serious illness, and a man who grew up in a religious household and did everything "right," only to realize after marriage that his experience of sexuality had never been the same as that of others. Disabled aces, aces of color, gender-nonconforming aces, and aces who both do and don't want romantic relationships all share their experiences navigating a society in which a lack of sexual attraction is considered abnormal. Chen's careful cultural analysis explores how societal norms limit understanding of sex and relationships and celebrates the breadth of sexuality and queerness.

Angela Chen: Angela Chen is a journalist and writer in New York City. Her reporting and criticism have appeared in the Wall Street Journal, Atlantic, Guardian, Paris Review, Electric Literature, Catapult, and elsewhere. Chen is a member of the ace community and has spoken about asexuality at academic conferences and events including World Pride. Find her on Twitter @chengela or at www.angelachen.org.