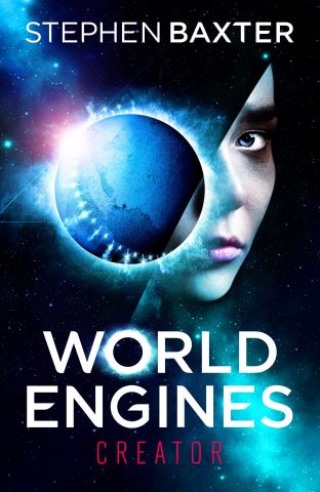 Trapped on an alternate Earth, the combined crews of a crashed Russian spaceship, a British expeditionary force and a group of strays from the future must work together to survive, escape, and discover what led them to this point. All are from parallel universes where small changes in history led to different realities, and the tensions between the groups are rising.

But some changes were not small. The solar system has been altered, changed, shaped in the various realities, and the World Engineers - unspeakably powerful, completely unknown - are still active. Why have they populated this planet with humanity's ancestors and dinosaurs? What is on the moon of Saturn that gives off such an odd light? And even if they can be found, can they be stopped - and should they be?

Malenfant, Deidra and the rest of their party must find a way off the planet, back into space, and into the many dimensions seeking the answer...

Stephen Baxter is the pre-eminent SF writer of his generation. With Terry Pratchett he has co-authored the Long Earth novels. Published around the world he has also won major awards in the UK, US, Germany, and Japan. Born in 1957 he has degrees from Cambridge and Southampton. He lives in Northumberland with his wife.