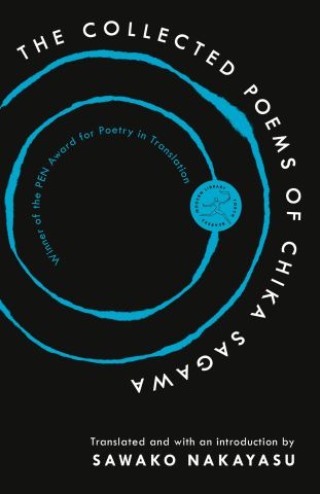 The Collected Poems of Chika Sagawa

Winner of the PEN Award for Poetry in Translation • The electrifying collected works of “one of the most innovative and prominent avant-garde poets in early twentieth-century Japan” (The New Yorker).

Translated by and with an introduction by Sawako Nakayasu

An important and daringly experimental voice in Tokyo’s avant-garde poetry scene, Chika Sagawa broke with the gender-bound traditions of Japanese poetry. Growing up in isolated rural Japan, Sagawa moved to Tokyo at seventeen, and begin publishing her work at eighteen.She was immediately recognized as a leading light of the male-dominated Japanese literary scene; her work combines striking, unique imagery with Western influences. The results are short, sharp, surreal poems about human fragility and the beauty of nature from Japan’s first female Modernist poet.

The Modern Library Torchbearers series features women who wrote on their own terms, with boldness, creativity, and a spirit of resistance.

AMERICAN INDIAN STORIES • THE AWAKENING • THE CUSTOM OF THE COUNTRY • THE HEADS OF CERBERUS • LADY AUDLEY’S SECRET • LOVE, ANGER, MADNESS • PASSING • THE RETURN OF THE SOLDIER • THERE IS CONFUSION • THE TRANSFORMATION OF PHILIP JETTAN • VILLETTE

Chika Sagawa: Chika Sagawa (1911–1936) was born in Hokkaido, Japan. In 1928 she moved to Tokyo and quickly integrated into the literary avant-garde community, publishing her work frequently in the influential journal Shi to Shiron. She died of stomach cancer at the age of twenty-four.

Sawako Nakayasu was born in Japan and raised in the US, and has also lived in France and China along the way. Her most recent books are The Ants (Les Figues Press, 2014), and Texture Notes (Letter Machine, 2010), and recent translations include The Collected Poems of Sagawa Chika (Canarium Books, 2015), and Tatsumi Hijikata's Costume en Face (Ugly Duckling Presse, 2015). Her translation of Takashi Hiraide's For the Fighting Spirit of the Walnut (New Directions, 2008) received the 2009 Best Translated Book Award from Three Percent. She has received fellowships from the NEA and PEN, and her own work has been translated into Japanese, Norwegian, Swedish, Arabic, Chinese, and Vietnamese. Sawako Nakayasu currently teaches at Brown University in the Department of Literary Arts.