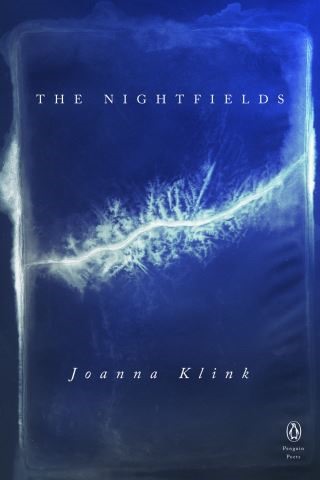 A new collection from a poet whose books "are an amazing experience: harrowing, ravishing, essential, unstoppable" (Louise Glück)

Joanna Klink's fifth book begins with poems of personal loss--a tree ripped out by a windstorm, a friendship broken off after decades, the nearing death of parents. Other poems take on the cost of not loving fully, or are written from bewilderment at the accumulation of losses and at the mercilessness of having, as one ages, to rule things out. There are elegies for friends, and a group of devotional poems. The Nightfields closes with thirty-one metaphysical poems inspired by the artist James Turrell's Roden Crater, an extinct volcano in Arizona that Turrell has been transforming into an observatory for the perception of time. The sequence unfolds as a series of revelations that begin in psychic fear and move gradually toward the possibility of infinitude and connection.

Joanna Klink: Joanna Klink is the author of four books of poetry. She has received awards and fellowships from the Rona Jaffe Foundation, Jeannette Haien Ballard, Civitella Ranieri, the Bogliasco Foundation, the American Academy of Arts and Letters, the Trust of Amy Lowell, and the John Simon Guggenheim Memorial Foundation. She is teaching at the Michener Center in Austin.