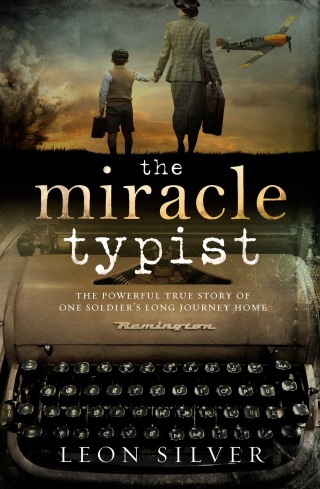 In the tradition of THE TATTOOIST OF AUSCHWITZ, a heartbreaking true story of love, loss and survival against all odds during the Second World war.

Conscripted into the Polish army as Hitler’s forces draw closer, Jewish soldier Tolek Klings vows to return to his wife, Klara, and son, Juliusz. However, the army is rife with anti-Semitism and Tolek is relentlessly tormented. As the Germans invade Poland, he is faced with a terrible dilemma: flee home to protect his family – and risk being shot as a deserter – or remain a soldier, hoping reports of women and children being spared by the occupying forces are true.

What follows is an extraordinary odyssey that will take Tolek – via a daring escape from a Hungarian internment camp – to Palestine, where his ability to type earns him the title of ‘The Miracle Typist’, then on to fight in Egypt, Tobruk and Italy. A broken telegram from Klara, ending with the haunting words, ‘We trouble’, makes Tolek even more determined to find his way home and fulfil his promise.

Leon Silver:
Leon Silver was born in Shanghai in 1941 to Polish Jews who fled their homeland in 1938. In 1948 the family moved to Israel, where Silver grew up before  relocating to Melbourne in 1956.  His first novel, Dancing with the Hurricane, was translated into Hebrew and published in Israel. The Miracle Typist is the true story of his Polish father-in-law, Tolek Klings.