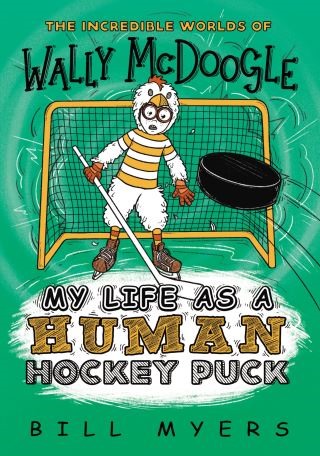 My Life as a Human Hockey Puck

Classic stories from the Wally McDoogle series now with new designs and spot illustrations throughout.

Wally McDoogle, klutz-extraordinaire, has stumbled his way into sports stardom. But only Wally could end up playing hockey goalie against the monstrous Mad Dog Miller while being trapped in a chicken suit. Before his misadventures end, Wally finally learns the real dangers of jealousy and envy, and the true value of aspirin.

Bill Myers (www.Billmyers.com) is a bestselling author and award-winning writer/director whose work has won sixty national and international awards. His books and videos have sold eight million copies and include The Seeing, Eli, The Voice, My Life as, Forbidden Doors, and McGee and Me.