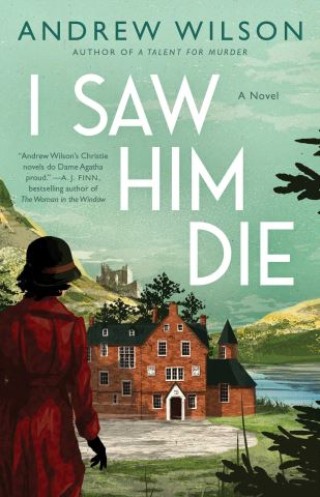 I Saw Him Die

In this classic whodunit filled with red herrings and double-crosses, the Queen of Crime returns in the role of sleuth as she investigates a mysterious death in the Scottish Highlands.

Bestselling novelist and part-time undercover sleuth Agatha Christie is looking forward to a bit of well-deserved rest and relaxation when her longtime friend John Davison pleads with her to help him protect a retired British agent turned hotelier who has been receiving threatening letters.

Together they travel to Dallach Lodge, a beautiful estate on Scotland’s picturesque Isle of Skye. There they insert themselves among the hotel’s illustrious guests, including members of the owner’s family, a leading lady of the theater, a brilliant botanist, a local doctor, and two sisters who coauthor romance novels. After a pleasant first evening, Agatha thinks it unlikely that any of them are capable of evil, much less murder. But early the next morning, the sound of a gunshot rings out and the hotel owner is found dead in the arms of his nephew. At first, it appears to be a simple hunting accident, but as Agatha digs deeper, she discovers that each and every one of the residents has a reason for wanting the late proprietor dead.

Andrew Wilson: Andrew Wilson is an award-winning journalist and author. His work has appeared in a wide variety of publications including the Guardian, the Washington Post, the Sunday Times, and the Smithsonian Magazine. He is the author of four acclaimed biographies, a book about the survivors of the Titanic, and the novels, The Lying Tongue, A Talent for Murder, A Different Kind of Evil, Death in a Desert Land.