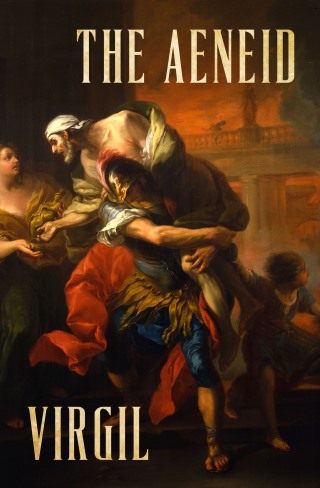 The ancient epic of adventure, war, passion, and tragedy that follows a Trojan warrior on his journey to the land that will become Rome.

A work of epic poetry that has survived for over two thousand years, The Aeneid is the story of Aeneas. Born to a goddess and a mortal man, Aeneas leads a fleet on the Mediterranean; is beset by a great storm; becomes entangled in a romance with Dido, the queen of Carthage; and visits the underworld. His true destiny, though, awaits him in Italy, and he engages in bloody battle as he makes his way there—under the watchful gaze of the gods and goddesses who frequently intervene.

A fundamental classic of Western literature, The Aeneid is a majestic blend of myth, legend, and history that continues to transport modern readers into a long-lost world.

Virgil: Virgil was an ancient Roman poet of the Augustan period. He wrote three of the most famous poems in Latin literature: TheEclogues, TheGeorgics, and TheAeneid.