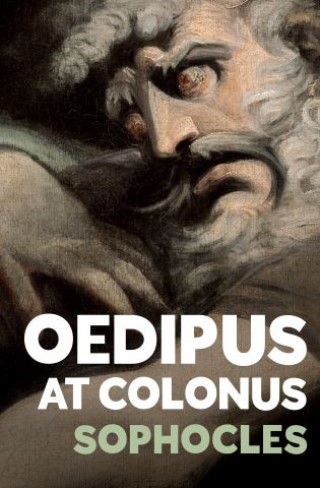 The ancient Greek tragedy about the exiled king’s final days—and the power struggle between his two sons.

The second book in the trilogy that begins with Oedipus Rex and concludes with Antigone, Oedipus at Colonus is the story of an aged and blinded Oedipus anticipating his death as foretold by an earlier prophecy. Accompanied by his daughters, Antigone and Ismene, he takes up residence in the village of Colonus near Athens—where the locals fear his very presence will curse them. Nonetheless they allow him to stay, and Ismene informs him his sons are battling each other for the throne of Thebes. An oracle has pronounced that the location of their disgraced father’s final resting place will determine which of them is to prevail. Unfortunately, an old enemy has his own plans for the burial, in this heart-wrenching play about two generations plagued by misfortune from the world’s great ancient Greek tragedian.

Sophocles: Sophocles is one of three ancient Greek tragedians whose plays have survived to the modern day. His first plays were written later than those of Aeschylus, and earlier than those of Euripides.