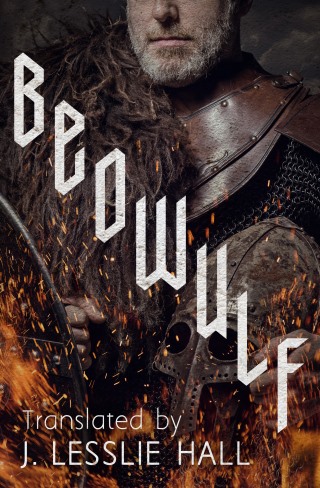 Hrothgar, the king of the Danes, finds his domain threatened by the beast Grendel. Miraculously, a hero from the Geats seafaring tribe, Beowulf, arrives and slaughters Grendel, saving the Danes. Yet nearly as soon as Grendel is slain, Beowulf must face another foe: Grendel’s mother.
This millennium-old work of literature tells of Beowulf’s fierce fights during his fifty-year rule over his people—as well as his ultimate battle against a fire-breathing dragon who has wreaked chaos and destruction upon the Geats. This famous and powerful scene was the first appearance of a dragon-slayer in English literature.

Anonymous: J. Lesslie Hall (1856–1928) was an American literary scholar and poet known for his translation of Beowulf. Born in Richmond, Virginia, Hall attended Randolph–Macon College and received his PhD from Johns Hopkins University.