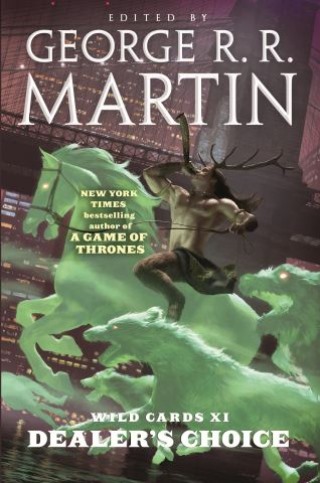 Book Three of the Rox Triad

Soon to be a TV show!

Rights to develop Wild Cards for TV have been acquired by Universal Cable Productions, the team that brought you The Magicians and Mr. Robot, with the co-editor of Wild Cards, Melinda Snodgrass as executive producer.

After too many disastrous raids and military embarrassments, the Nats order a full-out, no-holds-barred blitzkrieg against Bloat and his genetic outcasts. The mission is clear: destroy Ellis Island, no survivors. As the final battle rages, the Turtle throws in the towel, Modular Man switches sides, Reflector faces defeat, Legion “dies”—and assassins reach Bloat’s chamber. This is it, folks. The final days of the Rox.

George R. R. Martin: George R. R. Martin has been a full-time writer for over 25 years. He is the author of the acclaimed, internationally bestselling fantasy series A Song of Ice and Fire, which is the basis of HBO's popular Game of Thrones television series. Martin has won multiple science fiction awards, including 4 Hugos, 2 Nebulas, the Bram Stoker, the Locus Award, the World Fantasy Award, the Daedelus, the Balrog, and the Daikon (Japanese Hugo).