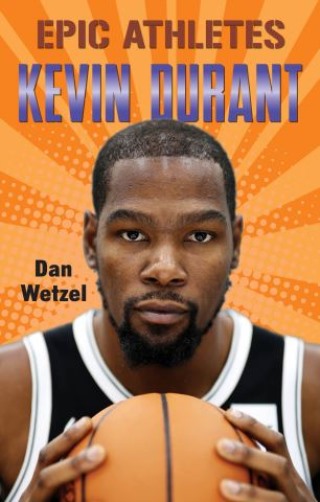 In 2016, Kevin Durant shocked the basketball world when he decided to sign with the Golden State Warriors. Many questioned why one of the league's best players would join a team that was already stacked with talent—didn't he want to make a name for himself as the sole leader of a team?

Kevin would have the last laugh, winning two championships and putting to rest any questions about his incredible legacy. In choosing to tune out the noise, he instead set his sights on success, maintaining the same winning attitude that has helped him achieve and overcome ever since he was kid. Even after his father abandoned the family when he was a young boy, when he was told he was too skinny to make an impact in the NBA, Kevin ignored the critics and forged his own path to victory.

Filled with sports action and comic-style illustrations, this inspiring biography recaps the life of one of the most talented scorers in NBA history.

* "Wetzel knows how to organize the facts and tell a good story. . . an unusually informative and enjoyable sports biography for young readers." —Booklist, STARRED review of Epic Athletes: Stephen Curry

Dan Wetzel: New York Times bestselling author Dan Wetzel has been a Yahoo Sports national columnist since 2003. He's covered events and stories around the globe, including college football, the NFL, the MLB, the NHL, the NBA, the UFC, the World Cup, and the Olympics. For years, he's been called America's best sports columnist, appeared repeatedly in the prestigious Best American Sports Writing, and been honored more than a dozen times by the Associated Press Sports Editors. Dan was recently inducted into the U.S. Basketball Writers Hall of Fame.