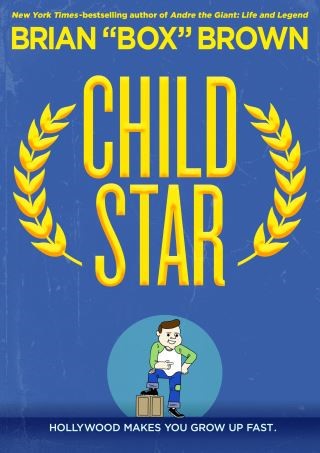 Child Star is a fictional documentary-style graphic novel about how growing up in the spotlight robs young actors of a true childhood.

Child star Owen Eugene had it all: a hit sitcom on prime time, a Saturday morning cartoon, and a memoir on the bestseller list. The secret to his success was his talent for improvisation . . . and his small size. On screen he made the whole world laugh, but behind the scenes his life was falling apart. Hollywood ate him alive.

Brian "Box" Brown: Box Brown is an Ignatz Award–winning cartoonist, illustrator, and comic publisher from Philadelphia. His books include the New York Times–bestselling Andre the Giant: Life and Legend, Tetris: The Games People Play, Is This Guy For Real?: The Unbelievable Andy Kaufman, Cannabis: The Illegalization of Weed in America, and Child Star.