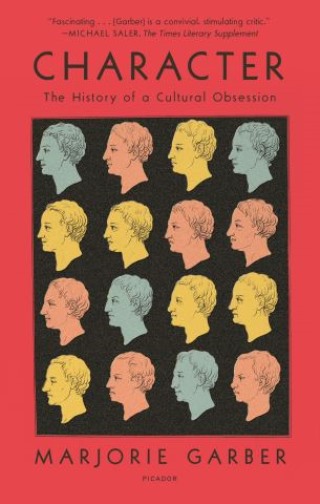 The History of a Cultural Obsession

A spirited, engaging investigation into the concept of character, an enduring human obsession in literature, psychology, politics, and everyday life

What is “character”? How can it be measured, improved, or built? Are character traits fixed or changeable? Is character innate, or can it be taught?

Since at least the time of Aristotle, philosophers, theologians, moralists, artists, and scientists have engaged with the enigma of human character. In its oldest usage, “character” derives from a word for engraving or stamping, yet over time, it has come to mean a moral idea, a type, a literary persona, and a physical or physiological manifestation, observable in works of art and scientific experiments. It is an essential term in drama and the focus of self-help books.

In Character: The History of a Cultural Obsession, Marjorie Garber points out that character seems more relevant than ever today—the term is omnipresent in discussions of politics, ethics, gender, morality, and the psyche. References to character flaws, character issues, character assassination, and allegations of “bad” and “good” character are inescapable in the media and in contemporary political debates.
What connection does “character,” in this moral or ethical sense, have with the concept of a character in a novel or a play? Do our notions about fictional characters help to produce our ideas about moral character? Can character be formed, or taught, in schools, in scouting, in the home? From Plutarch to John Stuart Mill, from Shakespeare to Darwin, from Theophrastus to Freud, from nineteenth-century phrenology to twenty-first-century brain scans, the search for the sources and components of human character still preoccupies us.

The question of character arises in virtually every area of modern life. And in each case, there is the same fundamental tension: is it innate or intrinsic to the individual, or something that can be learned or modeled? At a time when both the meaning and the value of this term are put in question, no issue is more important, and no topic more vital, surprising, and fascinating.

With her distinctive verve, humor, and vast erudition, Marjorie Garber explores the stakes of these conflations, confusions, and heritages, from ancient Greece to the present day.

Marjorie Garber: Marjorie Garber is the William R. Kenan, Jr., Professor of English and of Visual and Environmental Studies at Harvard University. She is the author of several books on Shakespeare, including Shakespeare’s Ghost Writers and Shakespeare After All, as well as of books on cultural topics ranging from dogs and real estate to cross-dressing, bisexuality, the use and abuse of literature, and the place of the arts in academic life. A member of the American Philosophical Society, she was the recipient of a 2019 Guggenheim Fellowship.