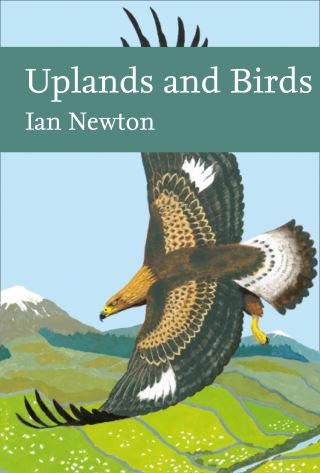 Ian Newton, author of Farming and Birds and Bird Migration returns to the New Naturalist series with a long awaited look at the uplands and its birds.

The uplands of Britain are unique landscapes created by grazing animals, primarily livestock. The soils and blanket bogs of the uplands are also the largest stores of carbon in the UK, and 70% of the country’s drinking water comes from the uplands. It’s a significant region, not least to the multitudes of bird species that hunt, forage and nest there.

Once again, Ian Newton demonstrates his mastery of the subject matter at hand, in this beautifully illustrated, authoritative addition to the New Naturalist series.

Ian Newton is an ornithologist and applied scientist, and a leading expert on bird ecology and biogeography, specialising in finches, waterfowl and birds of prey, especially the sparrowhawk. He graduated from Bristol University and gained his doctorate at Oxford. He joined the NERC in 1967, initially studying population ecology of geese and finches, followed by the impact of pesticides on birds of prey. He has written four previous New Naturalist volumes, Finches (1972), Bird Migration (2010), Bird Populations (2013) and Farming and Birds (2017).