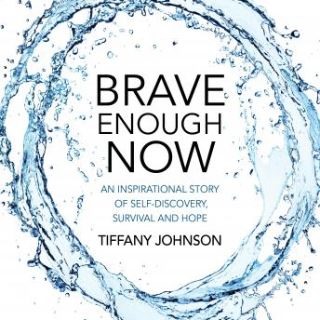 An Inspirational Story Of Self-Discovery, Survival And Hope.

On a rainy day in July 1999, twenty-one young people lost their lives in the infamous Saxetenbach Gorge Swiss Canyoning Disaster.

I should have been one of them.

The flash flood swept down the mountain with impossible force, sweeping the victims’ bodies miles downstream. It would take days to recover them all. Many were only identifiable from dental records.

I had begun my travels in search of adventure, only to find myself on the run from a toxic relationship. I escaped on a European tour where I began to put the missing puzzle pieces of myself back together and how to trust again, rebuilding my faith in love and friendship – only to be plunged into a world of new dangers by what happened in the gorge that fateful day.

From little girl lost to lioness.

I am Brave Enough Now.

Brave Enough Now is a gripping story of courage, survival, friendship and transformation.

A true story of discovery, adventure, love and loss. Told through humour and raw honesty of the author’s account of her fear, survival and ultimately, her healing.

The Swiss Canyoning Disaster made headlines across the world at the time of the disaster including THE NEW YORK TIMES, THE BBC, MULTIPLE EUROPEAN NEWS AGENCIES AND THROUGHOUT ASIA PACIFIC.

“How a lousy Little Creek Devoured Adventurers” The Age 30 July 1999.

This is my story.