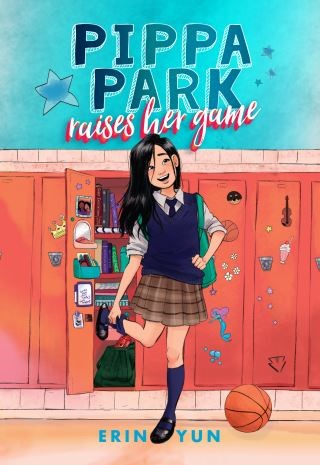 “Pippa is a magnetic heroine, funny and good-hearted.”—Booklist

Readers will cheer on Korean American Pippa Park in this compelling middle grade reimagining of Great Expectations. Navigating friendships and cyberbullying at a new school, Pippa reinvents herself and discovers who she really is.

Life is full of great expectations for Korean American Pippa Park. It seems like everyone, from her family to the other kids at school, has a plan for how her life should look. So when Pippa gets a mysterious basketball scholarship to Lakeview Private, she jumps at the chance to reinvent herself by following the “Rules of Cool.”

At Lakeview, Pippa juggles old and new friends, an unrequited crush, and the pressure to perform academically and athletically while keeping her past and her family’s laundromat a secret from her elite new classmates. But when Pippa begins to receive a string of hateful, anonymous messages via social media, her carefully built persona is threatened.

As things begin to spiral out of control, Pippa discovers the real reason she was admitted to Lakeview and wonders if she can keep her old and new lives separate, or if she should even try.

Visit pippapark.com to find out more about author Erin Yun, read her blog, and download the language arts educator guide!

Debut author Erin Yun grew up in Frisco, Texas. She received her BFA in English from New York University and served as president of its policy debate team. This experience came in handy for her job as the debate consultant for the Tony-nominated Best Play on Broadway—What the Constitution Means to Me. Erin is a member of the Society of Children’s Book Writers and Illustrators and has written reviews and articles for BookBrowse. She currently lives in New York City, and yes—she used to play basketball as a middle grader!