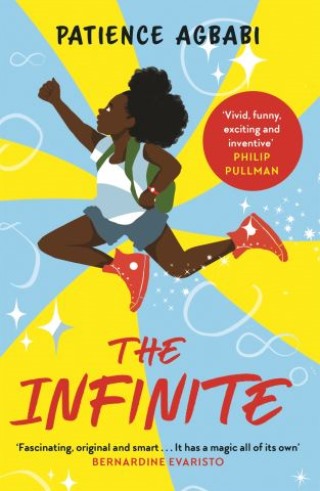 'Vivid, funny, exciting and inventive' Philip Pullman 'Has a magic all of its own' Bernardine Evaristo 'What an inspiration. The future just got so much better' Benjamin Zephaniah FIGHT CRIME, ACROSS TIME! Leaplings, children born on the 29th of February, are very rare. Rarer still are Leaplings with The Gift – the ability to leap through time. Elle Bíbi-Imbelé Ifíè has The Gift, but she’s never used it. Until now. On her twelfth birthday, Elle and her best friend Big Ben travel to the Time Squad Centre in 2048. Elle has received a mysterious warning from the future. Other Leaplings are disappearing in time – and not everyone at the centre can be trusted. Soon Elle’s adventure becomes more than a race through time. It’s a race against time. She must fight to save the world as she knows it – before it ceases to exist . . .

Patience Agbabi: Patience Agbabi was born in London in 1965 to Nigerian parents, spent her teenage years living in North Wales and now lives in Kent with her husband and children. She has been writing poetry for over twenty years, The Infinite is her first novel. Like Elle, she loves sprinting, numbers and pepper soup, but, disappointingly, her leaping is less spectacular. The Infinite is the first book in The Leap Cycle series.