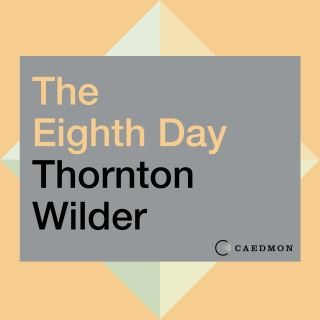 Thornton Wilder’s renowned 1967 National Book Award–winning novel features a foreword by John Updike and an afterword by Tappan Wilder, who draws on such unique sources as Wilder’s unpublished letters, handwritten annotations in the margins of the book, and other illuminating documentary material.

In 1962 and 1963, Thornton Wilder spent twenty months in hibernation, away from family and friends, in the town of Douglas, Arizona. While there, he launched The Eighth Day, a tale set in a mining town in southern Illinois about two families blasted apart by the apparent murder of one father by the other. The miraculous escape of the accused killer, John Ashley, on the eve of his execution and his flight to freedom triggers a powerful story tracing the fate of his and the victim’s wife and children.

At once a murder mystery and a philosophical story, The Eighth Day is a “suspenseful and deeply moving” (New York Times) work of classic stature that has been hailed as a great American epic.

Thornton Wilder (1897-1975) was an accomplished novelist and playwright whose works, exploring the connection between the commonplace and cosmic dimensions of human experience, continue to be read and produced around the world. His Bridge of San Luis Rey, one of seven novels, won the Pulitzer Prize in 1928, as did two of his four full-length dramas, Our Town (1938) and The Skin of Our Teeth (1943). Wilder's The Matchmaker was adapted as the musical Hello, Dolly!. He also enjoyed enormous success with many other forms of the written and spoken word, among them teaching, acting, the opera, and films. (His screenplay for Hitchcock's Shadow of Doubt [1943] remains a classic psycho-thriller to this day.) Wilder's many honors include the Gold Medal for Fiction from the American Academy of Arts and Letters, the Presidential Medal of Freedom, and the National Book Committee's Medal for Literature.