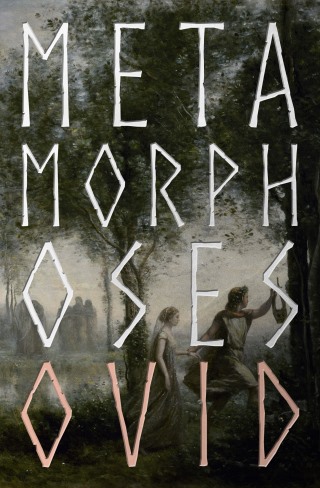 The epic poem by one of the canonical poets of Latin literature: “A self-conscious tour de force of poetic ingenuity” (Apollo).

Through a panoply of the most famous Roman myths, Metamorphoses tells the story of the creation of the world. It is one of the most inspirational works in Western culture, stirring the imagination of such artists and writers as Mantegna, Botticelli, Titian, Velázquez, Shakespeare, and Salmon Rushdie.

“It is astonishing for its sheer compendiousness. Running ab origine mundi right up to the time of Julius Caesar, Ovid’s epic weaves around 250 different myths together into a single ‘unbroken song.’ No other classical text comes close. To medieval readers it looked like ‘nothing less than the Bible and theology of the pagans’—the master key to all their culture and knowledge. . . . [Ovid’s] epic is always pushing at the boundaries of what can and cannot be told; pushing his way into new methods of unfolding old tales. In its quest to do this, Ovid’s narration weaves back and forth through mythic time, nesting tales within tales, and tellers of tales within tellers of tales, to the level where a given story might be occurring within as many as five sets of other stories.” —Apollo

“Ovid had the power to illuminate disturbing aspects of our contemporary culture. . . . In the same year that he was exiled, Ovid began the Metamorphoses, whose teeming chaos evokes the uncertain, shape-shifting mood of a country—a world—that is reimagining its sexual mores.” —The New Yorker

Ovid: Ovid, or Publius Ovidius Naso, was a Roman poet who lived during the reign of Augustus. He was a contemporary of the older Virgil and Horace, with whom Ovid is often ranked one of the three canonical poets of Latin literature.