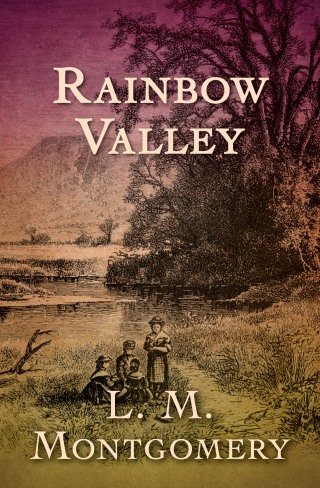 In this charming Anne of Green Gables novel, Anne’s children discover a special place where they befriend the children of a widowed minister.

It’s been more than a decade since Anne Shirley married her childhood sweetheart, Gilbert Blythe, and these days the happy couple is busy with six young children of their own. But parenting is even more of a challenge for Glen St. Mary’s new minister. As a widower, Rev. John Meredith has had trouble looking after his four rambunctious youngsters since their arrival in town.

Though the Meredith children have developed a bad reputation, they’ve also found friendship with the Blythe kids, often playing together in a hollow known as Rainbow Valley. When Jem Blythe’s scheme to help them behave goes terribly wrong, a new plan emerges—to find Reverend Meredith a new wife.

L. M. Montgomery:
L. M. Montgomery (1874–1942) published her first short story at age fifteen. Her debut novel, Anne of Green Gables, was an immediate success and allowed Montgomery to leave her career as a schoolteacher and devote herself to writing. She went on to publish seven sequels starring Anne Shirley and numerous other novels, short stories, and essays.