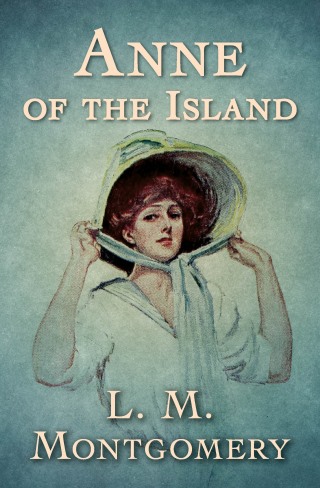 Anne of the Island

In the third Anne of Green Gables novel, the beloved heroine goes off to college—but discovers her true desires lie closer to home.

After two years of teaching at the Avonlea school, Anne Shirley is ready to explore new horizons. Along with her dear friend Gilbert Blythe, she enrolls in Redmond College in Kingsport, Nova Scotia, to pursue her dream of higher education. Anne soon finds herself thrust on the adventure of a lifetime, pursuing her bachelor’s degree and setting up house with two of her female classmates. But when Gilbert suddenly proposes marriage, Anne is taken aback . . . and she turns him down.

Anne always thought she would fall in love with someone tall, dark, and mysterious—someone like Roy Gardner, a Redmond student who showers her with romantic attention. As her friends back in Avonlea start to marry and settle down, Anne comes to realize that Roy is not the man for her after all. But when Gilbert is struck with typhoid fever, will she be too late to let him know how she truly feels?

Since Anne of Green Gables was first published in 1908, L. M. Montgomery’s novels featuring the irrepressible Anne Shirley have delighted readers of all ages and inspired numerous adaptions, including the beloved Netflix series Anne with an E.

L. M. Montgomery: L. M. Montgomery (1874–1942) published her first short story at age fifteen. Her debut novel, Anne of Green Gables, was an immediate success and allowed Montgomery to leave her career as a schoolteacher and devote herself to writing. She went on to publish seven sequels starring Anne Shirley and numerous other novels, short stories, and essays.