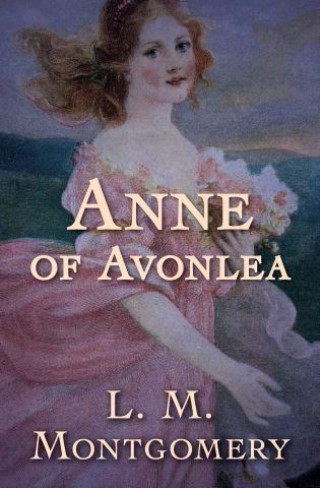 In this sequel to children’s classic Anne of Green Gables, the spirited young heroine starts on her path to adulthood as a schoolteacher.

Having earned her teaching license at Queen’s Academy, sixteen-year-old Anne Shirley is ready to begin her new role as an instructor at the Avonlea school, not far from Green Gables farm. But is she ready for the responsibilities of young adulthood? Together with her old friends Gilbert Blythe and Diana Barry, Anne starts the Avonlea Village Improvement Society—only to discover that good intentions don’t always go according to plan.

Meanwhile, Marilla Cuthbert, who took Anne in as a freckle-faced orphan, now finds herself caring for a pair of young twins who couldn’t be more opposite from each other. When Anne isn’t at school or lending Marilla a helping hand, she’s contending with her difficult new neighbor and his foul-mouthed parrot, getting overly involved in other people’s romances, and hoping that one day she’ll get to go to college.

Since Anne of Green Gables was first published in 1908, L. M. Montgomery’s novels featuring the irrepressible Anne Shirley have delighted readers of all ages and inspired numerous adaptions, including the beloved Netflix series Anne with an E.

L. M. Montgomery: L. M. Montgomery (1874–1942) published her first short story at age fifteen. Her debut novel, Anne of Green Gables, was an immediate success and allowed Montgomery to leave her career as a schoolteacher and devote herself to writing. She went on to publish seven sequels starring Anne Shirley and numerous other novels, short stories, and essays.