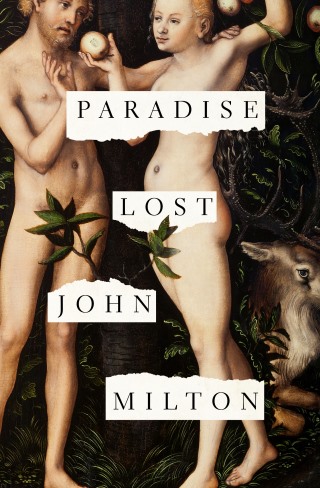 “The greatest epic poem in the English language . . . A work of unparalleled imaginative genius that shapes English literature even now.” —Benjamin Ramm, BBC.com

Written in blank verse by the seventeenth-century English poet John Milton, this “epic of over 10,000 lines is a dramatic, imaginative version of Satan’s rebellion against God and of Adam and Eve’s eviction from Eden. Set at the beginnings of human history, it shifts us across an expansive universe: Heaven at the top—Earth dangling from it—and Hell at the bottom, a dark gloomy Chaos in between. It tells the story of divine creation, human ambition and hopeless rebellion, but is perhaps most famous for its presentation of Satan, an intensely deep character” (New Statesman).

“Milton’s cosmos is a visionary unfolding and enfolding of the biblical map with others from his vast mental bookstore. Paradise Lost itself is a densely intertextual amalgam of fictional worlds, made newly brilliant by the imagination behind the poet’s now sightless eyes, embodied in blank verse at its most vigorously muscled. . . . That verse flows, twists, ripples and thunders like a team of miraculously tireless and synchronised horses. It’s the perfect body-mind work-out.” —The Guardian

John Milton: John Milton was an English poet and intellectual, who was employed as a civil servant for the Commonwealth of England under its Council of State, and later under Oliver Cromwell. Milton wrote at a time of religious flux and political upheaval, and is best known for his epic poem Paradise Lost, written In blank verse.