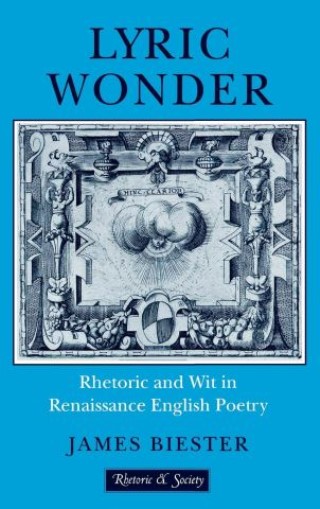 James Biester sees the shift in late Elizabethan England toward a witty, rough, and obscure lyric style—metaphysical wit and strong lines—as a response to the heightened cultural prestige of wonder. That same prestige was demonstrated in the search for strange artifacts and animals to display in the wonder-cabinets of the period.

By embracing the genres of satire and epigram, poets of the Elizabethan court risked their chances for political advancement, exposing themselves to the danger of being classified either as malcontents or as jesters who lacked the gravitas required of those in power. John Donne himself recognized both the risks and benefits of adopting the'admirable'style, as Biester shows in his close readings of the First and Fourth Satyres.

Why did courtier-poets adopt such a dangerous form of self-representation? The answer, Biester maintains, lies in an extraordinary confluence of developments in both poetics and the interpenetrating spheres of the culture at large, which made the pursuit of wonder through style unusually attractive, even necessary. In a postfeudal but still aristocratic culture, he says, the ability to astound through language performed the validating function that was once supplied by the ability to fight. Combining the insights of the new historicism with traditional literary scholarship, Biester perceives the rise of metaphysical style as a social as well as aesthetic event.